1762: Jean-Jacques Rousseau claims that nature makes all men born free and they are then enslaved by the confines of government
1776: American Revolution begins with the Declaration of Independence 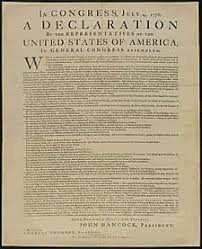 1799: Napoleon comes into power in France as First Consul 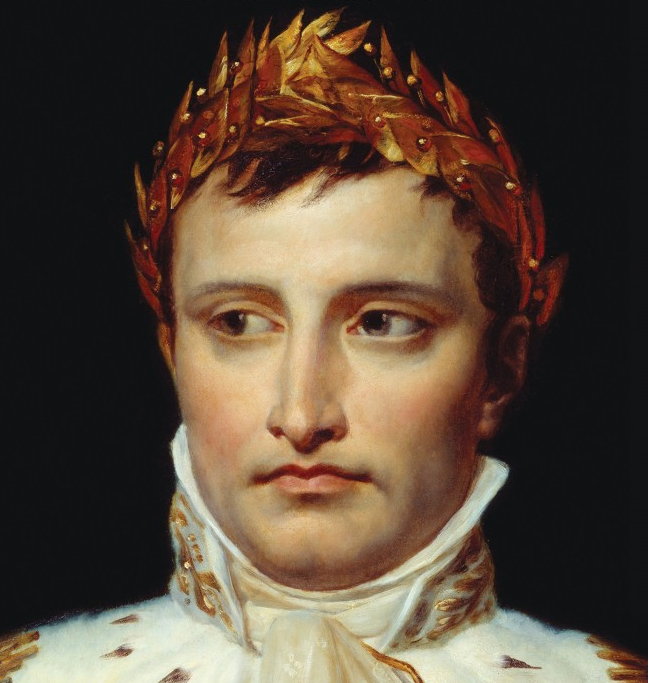 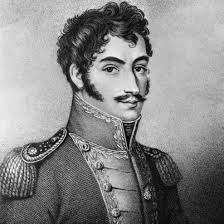 Key People in the Enlightenment Era

A French scholar who was the primary editor of the Encyclopédie, a massive thirty-five-volume compilation of human knowledge in the arts and sciences, along with commentary from a number of Enlightenment thinkers. TheEncyclopédie became a prominent symbol of the Enlightenment and helped spread the movement throughout Europe

An English political theorist who focused on the structure of governments. Locke believed that men are all rational and capable people but must compromise some of their beliefs in the interest of forming a government for the people. In his famous Two Treatises of Government (1690), he championed the idea of a representative government that would best serve all constituents.

An eclectic Swiss-French thinker who brought his own approach to the Enlightenment, believing that man was at his best when unshackled by the conventions of society. Rousseau’s epic The Social Contract (1762) conceived of a system of direct democracy in which all citizens contribute to an overarching “general will” that serves everyone at once. Later in his life, Rousseau releasedConfessions (1789), which brought a previously unheard-of degree of personal disclosure to the genre of autobiography. The frank personal revelations and emotional discussions were a major cause for the shift toward Romanticism

An influential Scottish economist who objected to the stiflingmercantilist systems that were in place during the late eighteenth century. In response, Smith wrote the seminal Wealth of Nations (1776), a dissertation criticizing mercantilism and describing the many merits of a free trade system.

A French writer and the primary satirist of the Enlightenment, who criticized religion and leading philosophies of the time. Voltaire’s numerous plays and essays frequently advocated freedom from the ploys of religion, while Candide(1759), the most notable of his works, conveyed his criticisms of optimism and superstition into a neat package.
Source:
SparkNotes. SparkNotes, n.d. Web. 26 Mar. 2014.
Posted by Nationalism, Revolution, and Reform at 11:54 AM No comments:

What other new ideologies did the Enlightenment stimulate?

Enlightenment thinkers and philosophers such as John Locke, Adam Smith, Voltaire, Jean-Jacques Rousseau, Jeremy Bentham, Denis Diderot, and Montesquieu created new ideologies, some of which became majorly popular with the common people. An example of one of these ideologies would be Rationalism which is the idea that a belief or theory that opinions and actions should be based on reason and knowledge rather than on religious belief or emotional response. This idea was created by Voltaire who influenced the ideas of the philosophers of Continental Rationalism. 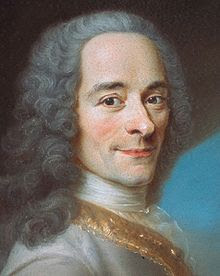 Smith, Bonnie G., Richard Von Glahn, and Kris E. Lane. Crossroads and Cultures: A History of the World's Peoples. Boston: Bedford/St. Martin's, 2012. Print.
Posted by Nationalism, Revolution, and Reform at 11:52 AM No comments:

What people or issues did Enlightenment thinkers ignore or overlook?

While Enlightenment thinkers' ideas encompassed many large problems of their time, they also overlooked some other important issues. While many thinkers advocated natural rights and equality, these ideas did not extend to slaves and women. Women continued to be oppressed and have inferior rights to men. Africans and Amerindians continued to be enslaved in the millions and suffered in harsh conditions on plantations. This slavery was justified by flawed science that claimed Africans were less developed than their European counterparts as well as Bible and other religious writings that made illusions to slavery.  Revolutions caused by Enlightenment ideas helped oppressed groups gain some rights as new leaders rose and new governments were born. Slaves being forced to work on plantations

1. American Revolution- A Revolution by the people of the British colonies in the New World, a long war in which the Colonists were eventually victorious and were assisted by Britain's rivals such as France

2. Pugachev Revolution- A Revolution in Russia that began as a peasant revolt and developed into a full fledged Rebellion. The war lasted from 1773-1775 and was led by a former lieutenant named Yemelyan Pugachev for whom the rebellion is named
3. The French Revolution- A Revolution in France that was from 1789-1999. During the revolution there was a lot of anger and hatred towards the monarchy and resulted in the decapitation of the Royal Family
4. Serfdom- a system of social hierarchy where "serfs" or peasants tied to the land worked for nobles on their and gave them a large percentage of their crops.
5. Declaration of Independence- the document that explained the reasons for the American Revolution as well stated the leaders of the Revolution
6. Declaration of the Rights of Man- A document made by the people during the French Revolution that stated the Natural given rights of people (men) and pointed out that the monarchy was not allowing the commoners their born rights.
7. National Identity-  A sense of belonging to one area or country. This unites and makes whole the people of a country, nation or a state
8. Nationalism- being patriotic or the feeling of patriotism towards your country
9. Federalism- a system of government which is union of states
10. Constitutional Government- a type of government in which it is held accountable by a Constitution which is a set of fundamental principles or established precedents
11. Republic- a government expressing the interests of the people
12. Romanticism- A European philosophy that valued feeling over reason and focused on nature, imagination and traditions
13. Maroons- societies of freed and escaped slaves living as a freed community. Effort on the part of the authorities was put into shutting down such communities but they remained active for a long time.
14. Liberalism- a philosophy base on liberty and equality
15. Focuses of the Enlightenment- the Enlightenment valued Personal Freedoms, Natural Rights and Freedom from Monarchic abuse
16. Natural Rights- rights such life, liberty and the pursuit of happiness which are given at birth and can not be taken away by any monarchy or any other kind of government.
17. Anti-colonialism- philosophy in colonies that pointed out flaws in the mother countries such as Britain, France, ect and inspired revolution and reform.
18. Aufklärung- the German Enlightenment
19. Enlightened Absolutism- a technique used by monarchs threatened by Enlightenment reforms, Monarchs accepted Enlightenment reforms and ideologies but kept their absolute authority
20. Glorious Revolution- The rebellion in England which took the crown from Catholic king James II and gave it to new Protestant monarchs
21. Individualism- recognizing each individual as valuable and important
22. Rationalism- using reason to arrive at truth
23. Relativism- all beliefs and ideas have equal merit
24. Separation of Power- idea that government should be divided into branches, judicial, legislative, executive
25. Skepticism- a response to rationalism which stated that human senses are too easily fooled to trust
26. Thirty Years’ War- conflict in Germany from 1618-1648,  Resulted in the deaths of a third of Germany's population

28. Salons- meeting place for the wealth and intellectual elites to meet
29. Deism- belief system in which they believed in an all-powerful God but believed that once God  created everything he set everything into motion. Those who followed this philosophy referred to god as "a cosmic watch maker." 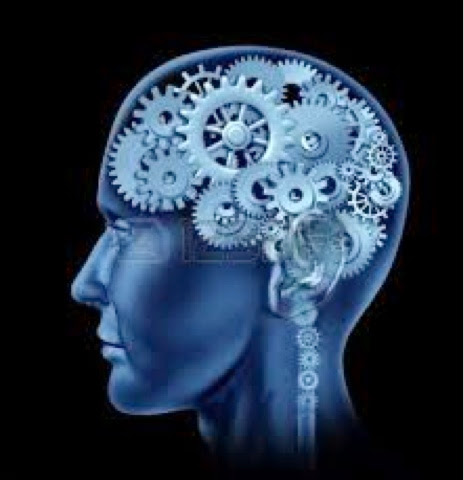 Posted by Nationalism, Revolution, and Reform at 11:45 AM No comments:


New political theories continuously were developed and put to use as new nation-states and governments arose amid revolutions and reform. Nationalism, a belief in the importance of one's nation, became evident in nation-building that occured in Brazil, Russia, Italy, and Germany, as well as other states. The use of a republic, as seen around the time of the French Revolution, was another form of government employed. Liberalism, the focus on liberty and equality, was employed in emerging nations such as the United States. Conservatism was yet another political ideology that emphasized continuation of traditional organization and went against change in order. From 1750-1900, political organization was altered through new ideologies that began to develop, and in turn new systems of government grew and thrived.
Smith, Bonnie G., Richard Von Glahn, and Kris E. Lane. Crossroads and Cultures: A History of the World's Peoples. Boston: Bedford/St. Martin's, 2012. Print.

Posted by Nationalism, Revolution, and Reform at 12:32 PM No comments:

What was the relationship between nationalism and anti-colonialism?

Nationalism and anti-colonialism are very closely knit in the sense that they were both helped lead to revolutions and each one stimulated the other. The unity of culture and tradition created a sense of nationalism (a pride in their own history and tradition) among the people and motivated them to break away from their mother countries and form their own governments under their own laws. In the same way, anti-colonialism also sometimes spawned nationalism. Anti-colonialists pointed out the flaws in the governance of the mother countries (Portugal, Spain, France, Britain) and helped inspire others to think that they themselves could do a better job than the distant rulers who shared neither their history nor their objectives. In this way, nationalism and anti-colonialism were united in revolution and helped each other thrive in the new governments formed in former colonies.